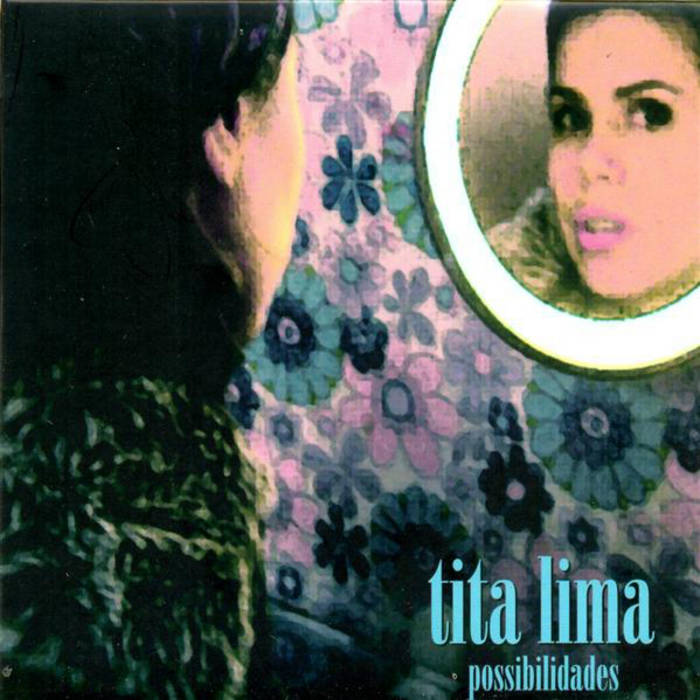 “ The sophistication of the jazz, here acted by the outstanding bass, the suingue of the keyboard and of the battery and the voice softness, catch the listener in the first impression.” Rolling Stone Brasil

“His walk through pop brings a contemporary language, free from addictions that make the national singers.” Revista Veja

“It sounds like she sings inside your ear. A voice as contained as clever, volatile as a sunbeam that plays in the surface of the water. Ronaldo Bressane

“Freshly squeezed and just the right side of avant garde. I love this stuff!” Gilles Petterson (BBC Radio, UK)

“Tita Lima has created a delightfully eclectic yet very palpable blend of musical compositions and performances with a smooth and soulful, yet rhythmic style that is already drawing comparisons to Sade and Norah Jones”. Jazz News


Tita Lima is a singer, composer and producer. “Freshly squeezed and just the right side of avant garde” according to Gilles Peterson (BBC Radio). She makes a sophisticated mix of bossa nova/samba with soul, dub and afrobeat. Definetly, Tita is one of the best in new brazilian music scene.

Music’s in her blood. With her father, the musical producer and former Os Mutantes´ bass player Liminha, she had her first guitar and bass lessons. When she was 14, living in the United States, she built her own band in Pensilvania. A little later, already in Los Angeles, Tita studied at the Musician’s Institute, where she discovered jazz, blues and soul music.

In that time, she performed for more than four years at the best house of shows of the USA, House of Blues, in the famous Sunset Strip. It was then that the singer knew and made jam sessions with Steve Wonder, Etta James, Chaka Khan, Bernard Purdie (drummer of James Brown), Meshell N’Dedge O’Cello, Larry Granham, Charlie Hunter, Bill Withers, Al Green, Bootsy Collins, and other personalities who had a big influence in her work.

Her first album, called 11:11 was only released in the USA with the label Belú Music in 2007. It counts with the participation of famous musicians such as Kassin, Djalma Lima, Bocato, Robinho, Bira, André Caccia Bava, Ale Grooves, Rogério Rochlitz, Fernadinho Beat Box, among others. Tita also recorded two tracks for the album Res Inexplicata Volans of Apollo 9, released by Crammed in Europe and in the US, and for the album Estudando a Bossa, of Tom Zé.

In 2006, her music “A Conta do Samba” entered the collection Brownwood Bubblers of Gilles Peterson, journalist of BBC of London. In 2007, Tita participated at the TrocaBrahma festival, that happened in Brazil and in the United Kingdom, when she also accomplished her first tour throughout Europe, passing through Spain, Switzerland and
France, and performed in festivals and international music fairs, such as WOMEX and SXSW. At this first, she represented Brazil along with only two other artists :Yamandú Costa and Mestre Siba.

Nowadays Tita keeps on performing the repertory of Possibilidades – her second album, released by LABEL A in 2010 – throughout Brazil. She opened for indie musa Cat Power in São Paulo last year, befora a tour throughout US. In 2011 Tita Lima made a couple of show in US again and in City of Mexico. Below, more infos about her new album Possibilidades.

Tita Lima exhibits these and other accredit in the album Possibilidades, recently-released by Label A, whose musical production belongs to the own singer and composer, with co-production of Zé Eduardo Fernandez of the Estúdio Angels, Rogério Rochlitz (strip 6), Guilherme Chiapetta (strip 11), Silvia Vasconcellos / Minadosom (strip 10) and Sha.k (Erikah Badu, strip bonus for vinyl, Odysseio).

The disk conquered great reviews of the specialized critic and already became international: it has with the track “Vendendo Saúde e Fé”, Remix of Ocote Soul Sounds, in TOP 4 of the radio CMJ of New York and her name is in the top 5 of the I radiate KCRW of California close to Seu Jorge and CutQuimist. In July 2010, Tita Lima accomplished a series of shows in Los Angeles, besides she went by Grand Performances Festival and participated in a Live podcast in Melrose Ave, hosted by HVW8.

Possibilidades brings songs of an contemporary MPB which goes between tropicalism, jazz, afrobeat, reggae with a exceptional “brazilianess”.

In the new show, Tita Lima not only shows flexibility free of labels, but also her self-confidence on stage, singing, playing and entertaining with her sweet voice, already compared to Sade and Norah Jones.

3. SMILE “Check Yourself Before You Blame Anybody Else”
(Guilherme Held, Tita Lima)
ISRC: BRCZQ0900006

Bandcamp Daily  your guide to the world of Bandcamp